Published under The Picture Book Professor 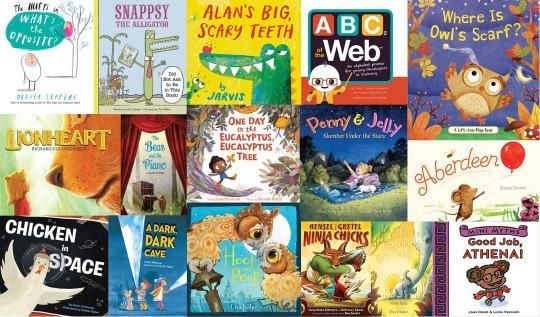 2016 is shaping up to be a great year for picture books. Here are 16 books that are definitely worth checking out this year:

The Hueys: What’s the Opposite? by Oliver Jeffers

The Hueys are back in their new book from New York Times bestselling illustrator, Oliver Jeffers. He combines his unique sense of humor and distinct illustrations to teach the concept of opposites. (Available: January 12, 2016) 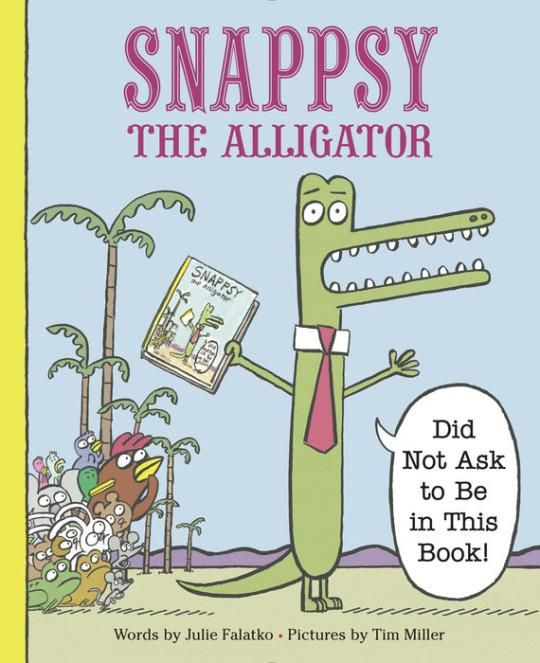 Snappsy the Alligator (Did Not Ask to Be in This Book) by Julie Falatko, illustrated by Tim Miller
This hilarious debut picture book is already receiving rave reviews. Snappsy the alligator is going about his everyday business when a narrator shows up to make his story more interesting. Kids that like to laugh will love this book. (Available: February 2, 2016) 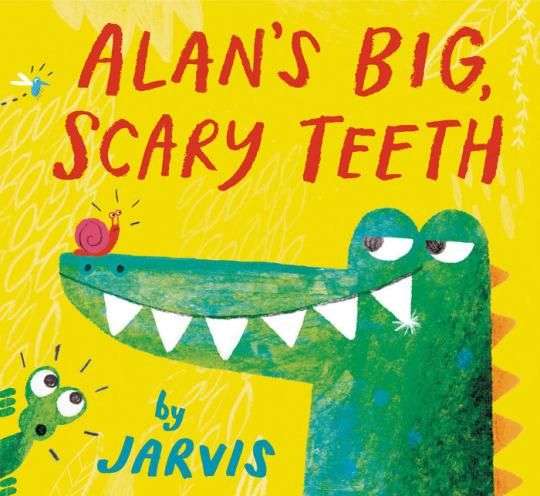 Alan’s Big, Scary Teeth by Jarvis
Alan is good at one thing: scaring other creatures with his big, shiny teeth. But false teeth can get lost, and one day Alan’s teeth go missing. Jarvis’s funny story boasts bright illustrations and a witty twist at the end. (Available: February 23, 2016) 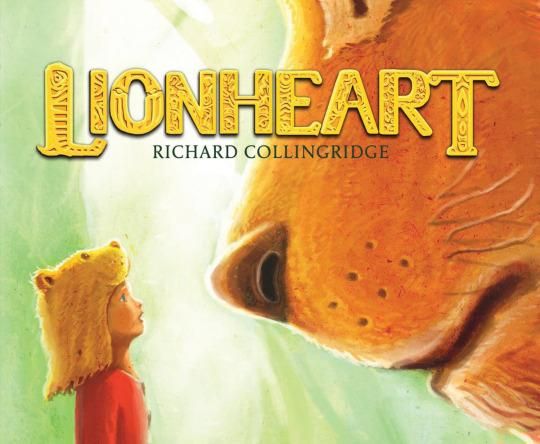 Lionheart by Richard Collingridge
When something frightens Richard before bedtime, he runs away. He winds up in a wild jungle where he needs all his courage and a little help from his stuffed lion to overcome his fears. (Available: February 23, 2016) 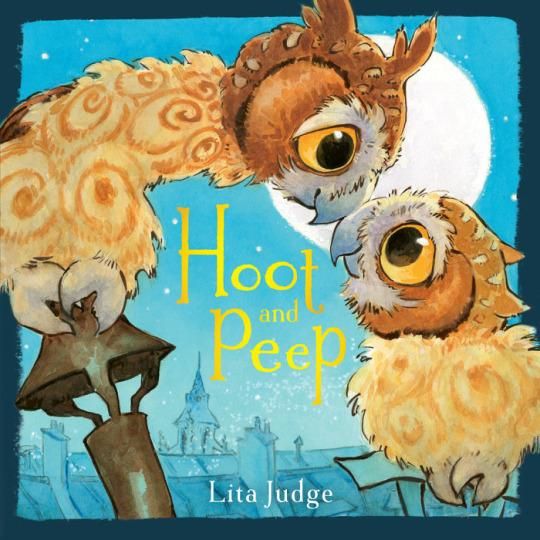 Hoot and Peep by Lita Judge
From the beloved author/illustrator of Red Sled comes a new picture book about exploration, creativity, and learning something new. This charming story about siblings is set in the night skies of Paris. (Available: March 1, 2016) 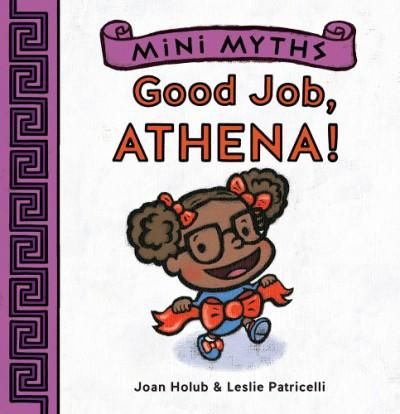 Mini Myths: Good Job, Athena! by Joan Holub, illustrated by Leslie Patricelli
The Mini Myths series will be welcoming its newest member in March. This adorable board book is a modern retelling of the ancient Greek story of Athena and Arachne. It also includes the original story in the back. (Available: March 8, 2016) 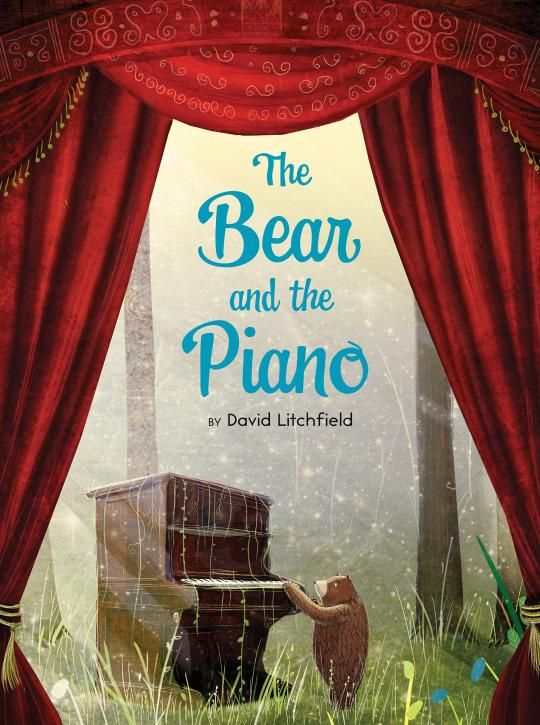 The Bear and the Piano by David Litchfield
When a bear learns to play the piano, he dreams of being a star, but he soon realizes that fame isn’t everything. A visual feast for the eyes, this is a story of music, friendship, and reaching for your dreams. (Available: April 5, 2016) 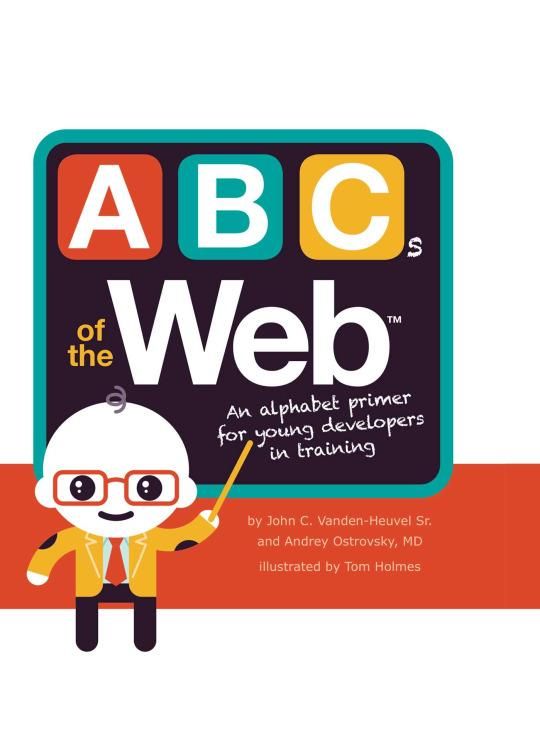 ABCs of the Web by John C. Vanden-Heuvel, Sr. and Andrey Ostrovsky, MD, illustrated by Tom Holmes
Your child’s first introduction into the world of coding begins here. This picture book simplifies the complexities of the web into letters of the alphabet and snappy, rhyming text. (Available: May 3, 2016) 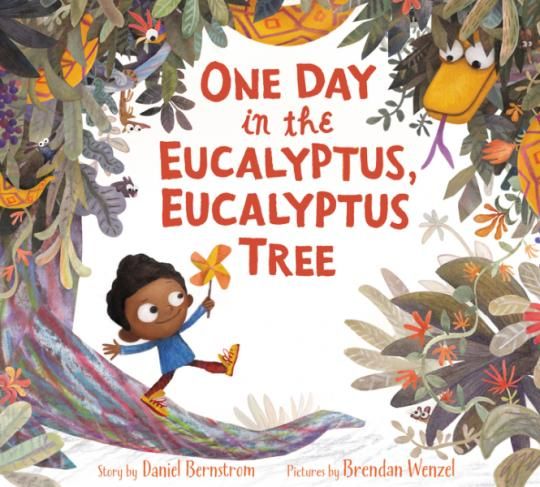 One Day in the Eucalyptus, Eucalyptus Tree by Daniel Bernstrom, illustrated by Brendan Wenzel
Take your kids on a rhythmic journey as you read about a little boy, a large snake, and a lot of disappearing animals. This new folk tale brings humor and vibrant illustrations together to create a lyrical story that kids will love. (Available: May 3, 2016) 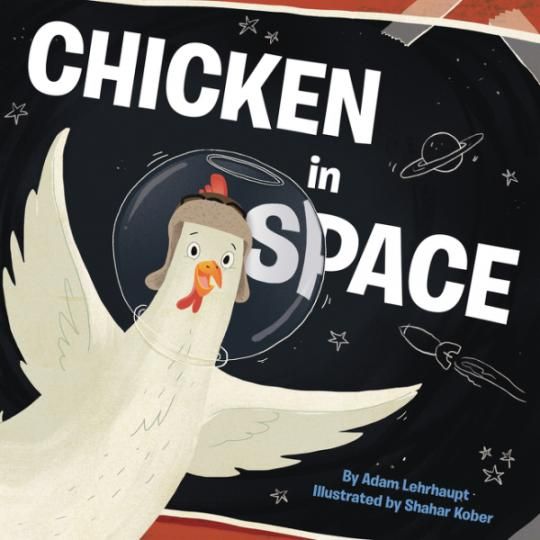 Chicken in Space by Adam Lehrhaupt, illustrated by Shahar Kober
This hilarious new series of picture books features a spunky chicken and her outrageous aspirations. Zoey’s dreams go far beyond the barnyard, and with the help of her friend Sam the pig, she just might be able to make them come true. (Available: May 17, 2016) 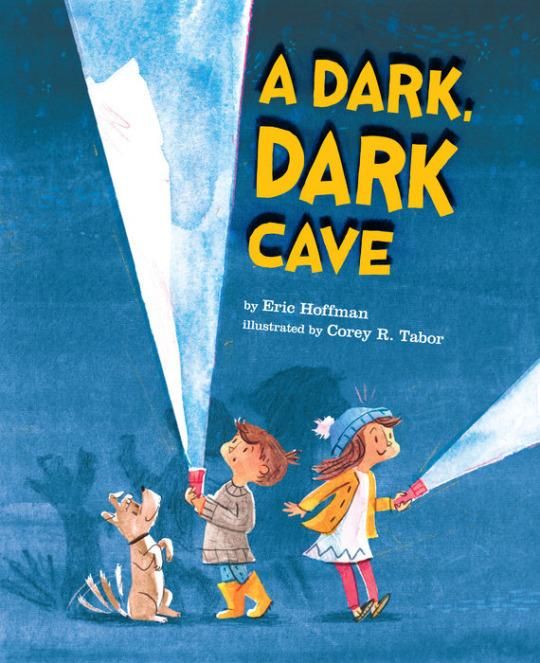 A Dark, Dark Cave by Eric Hoffman, illustrated by Corey R. Tabor
A brother and sister venture into a dark cave on a cold night. At first they are scared, but their flashlights shed some light on the true (and much less frightening) nature of the cave. (Available: May 24, 2016) 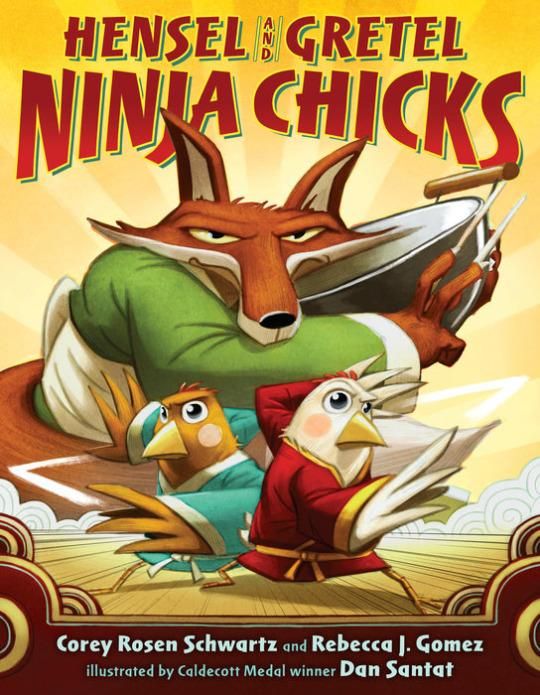 Hensel and Gretel: Ninja Chicks by Corey Rosen Schwartz and Rebecca J. Gomez, illustrated by Dan Santat
Hensel and Gretel prove their pluck in this outrageously funny story. In order to rescue their kidnapped father from being stir-fried, these two chicks have to brave a forest and outsmart a sly fox. It’s a good thing they know how to fight!
(Available: May 24, 2016) 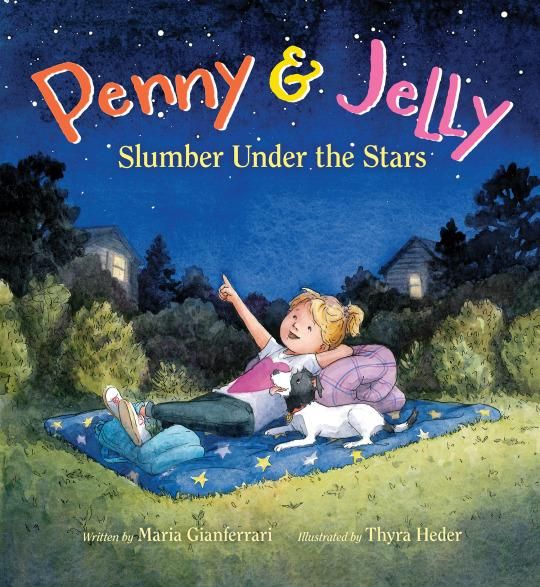 Penny & Jelly: Slumber Under the Stars by Maria Gianferrari, illustrated by Thyra Heder
Penny gets invited to a slumber party, but her dog Jelly can’t come, so she tries to find a substitute to take instead. After several tries and a little creativity, Penny comes up with the perfect solution. (Available: June 14, 2016) 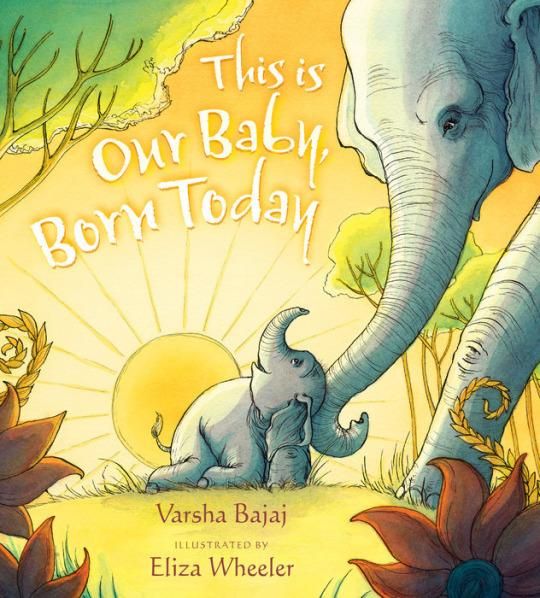 This is Our Baby, Born Today by Varsha Bajaj, illustrated by Eliza Wheeler
The birth of a new baby elephant brings joy to its jungle community. This beautifully illustrated picture book celebrates the wonder of new life and the love of family. (Available: August 2, 2016) 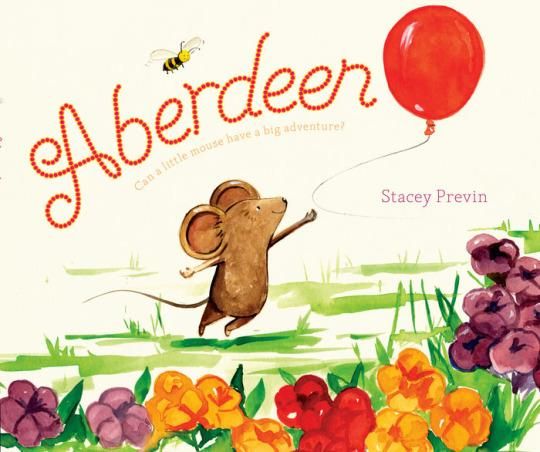 Aberdeen by Stacey Previn
When a bright red balloon floats past Aberdeen, he suddenly finds himself on an adventure … and a little too far from home. Readers will love the story of Aberdeen and his quest to find his way home again. (Available: August 9, 2016) 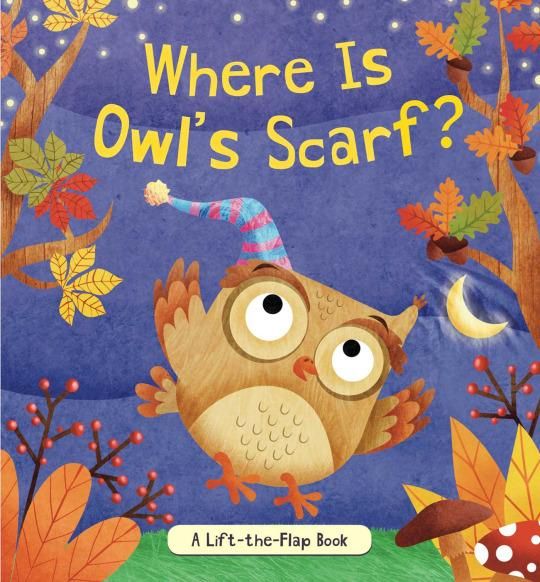 Where Is Owl’s Scarf? by Brandy Cooke, illustrated by Valentina Belloni
Discover all kinds of forest animals as you and your little one lift the flaps on each page in search of Owl’s scarf. This sweet nocturnal board book is a perfect bedtime story. (Available: July 26, 2016)